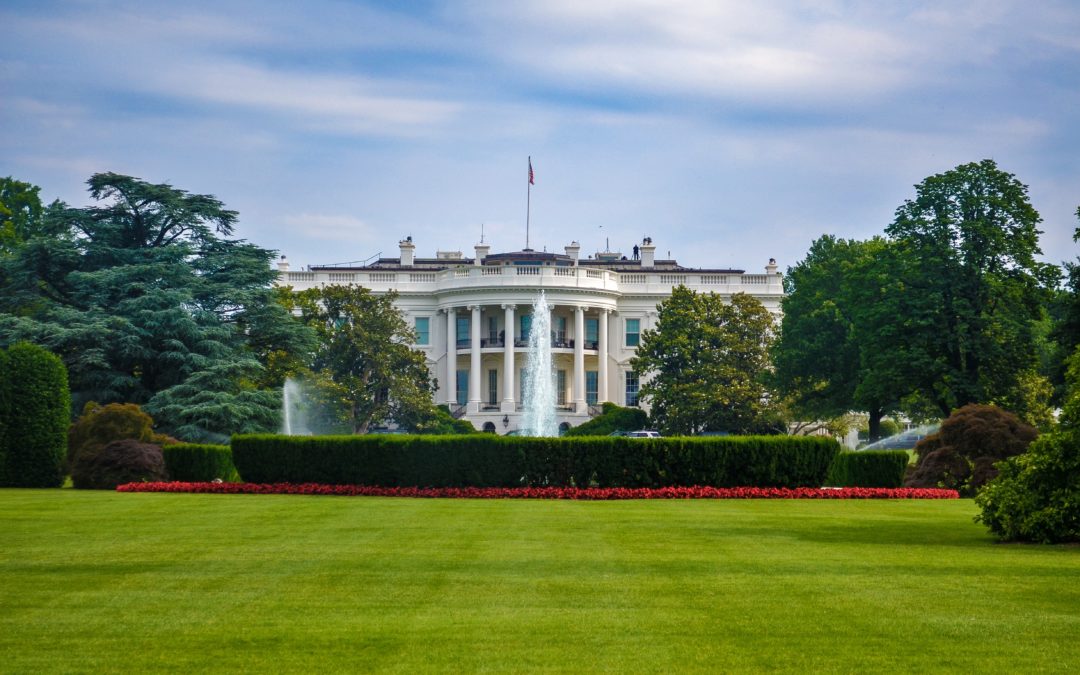 At East Valley Animal Hospital, we hope you enjoyed your long weekend over Presidents’ Day. Perhaps you took your furry companion on an extra-long walk, hike or adventure to celebrate. While our personal pets are beloved by a small circle of family and friends, there are a number of presidential pets who have enjoyed the stature, privilege and extravagance of living in The White House.

From rabbits to bears, our American presidents have enjoyed the companionship of their four-legged and winged friends. This isn’t a complete list, but here are a few of the more famous pets in chief:

As our first US President, Washington’s furry pals might not have lived in the White House—which wasn’t built until his successor, John Adams—but they could still claim the status. George Washington was an avid fox hunter and had more than 20 dogs during his time as president. He wanted a dog that was fast and smart with a strong sense of smell, so he cross-bred his Black and Tan Coonhounds with French Hounds and created an entirely new dog breed—the American Foxhound! Of his many dogs, his favorites were Sweet Lips, Tipsy, Tipler, Cloe, Drunkard, and Vulcann.

Among the many dogs our 26th President kept, one of his favorites was a St. Bernard named Rollo who was known for his love of children, always putting up with their rough games and protecting them as fiercely as the secret service. Roosevelt’s six children had a love for animals as well. In fact, the list of pets that called the White House home during his presidency makes it sound more like a zoo than a residence—a small bear named Jonathan Edwards; a lizard named Bill; guinea pigs named Admiral Dewey, Dr. Johnson, Bishop Doane, Fighting Bob Evans, and Father O’Grady; Maude the pig; Josiah the badger; Eli Yale the blue macaw; Baron Spreckle the hen; a one-legged rooster; a hyena; a barn owl; Peter the rabbit; and Algonquin the pony.

The 28th President of the United States, Woodrow Willison served in the White House during World War I. Because labor was short, he decided to keep a flock of sheep, which included a ram named Old Ike, that would trim the lawn by grazing on the grass. Their wool was also auctioned to raise money for the American Red Cross in support of the war effort. Other notable pets included Davie, an Airedale terrier; Mountain Boy, a greyhound; Bruce, a bull terrier; and Puffins, the cat.

The 31st US President, Herbert Hoover, and his family enjoyed filling the White House with pets as much as any president. Hoover had a number of dogs, but by far, King Tut, a Belgian police dog, was his favorite. One day an opossum strayed onto White House grounds and was adopted for a period of time by the Hoovers. Billy Possum, as he was known, was eventually adopted by a local Maryland high school as their mascot. And at one point Hoover’s son Allan acquired a pair of alligators who lived in the bathtub and on the White House lawn until he donated them to the Smithsonian.

Perhaps the best known presidential pooches of our day are President Obama’s two Portuguese Water Dogs, Sunny and Bo. Bo was adopted into the First Family as a fulfillment of a promise he made to his daughters that he would get them a dog if he won the presidency in 2008. When he won again in 2012, Sunny was added to the family. Since Sunny and Bo’s stint in the White House, Portuguese water dogs have seen a rise in popularity.

Presidential pets might receive a certain level of luxury, including food cooked by White House chefs. But when your pet needs to see a local vet, bring them to see us at East Valley Animal Hospital in Gilbert, AZ. We promise to give them the presidential treatment!