Which is Faster—A Cat or a Dog? 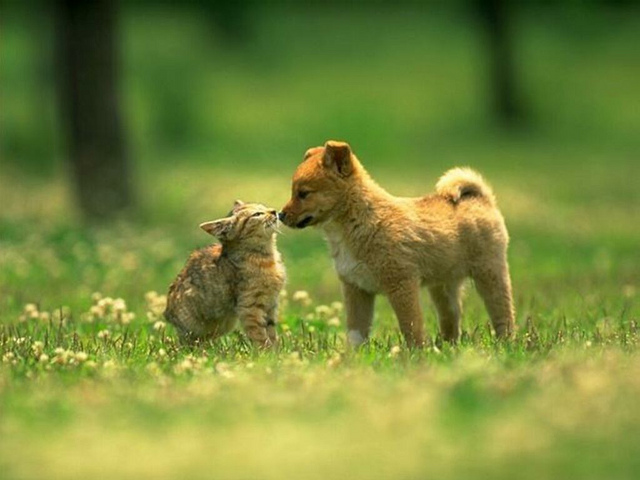 When it comes to winning a race of speed between two of America’s most common house pets, most of us would assume dogs are the dominant animal. From videos to cartoons, we’ve all seen images of Fido, the resident dog, chasing wildly after Fluffy, the escaping neighborhood cat. But who really wins that race? At East Valley Animal Hospital, your Arizona vet, we’ve got conclusive evidence to suggest which is truly the faster animal.

If you’re looking for a dog with speed, the Greyhound wins hands down. These born and bred sprinters have been clocked running at speeds of 45 mph! Since dog breeds continue to change with time, who’s to say there won’t be an even faster breed in the future?

When we’re talking about cats, we’ll need to consider both domestic and wild animals. The fastest domestic breed, the Egyptian Mau, can run up to 30 mph. If we stop there, it would seem dogs have the edge in the race for speed. But in the wild, there is no animal that runs faster than the Cheetah, one of Earth’s big cats living in Africa and parts of Asia. As the fastest land animal alive, the Cheetah has been clocked with speeds up to 75 mph!

After all that, the answer to our question of whether the dogs or cats win the race for speed will depend entirely on your perspective. Since dogs are domesticated (except wild wolves), the win in comparing the two domestic species goes to the dogs. But broaden the comparison to include all dogs and cats, and the cats take home the trophy for being faster than dogs! We expect that cat-lovers and dog-lovers may react differently to these findings. And for all those cat-lovers out there who may have a Greyhound in the neighborhood, don’t worry; when they’re not on the track, Greyhounds are are rather quiet and docile. They’ve even been known to fill the role of being the resident family couch potato.

At East Valley Animal Hospital, your Arizona vet, we love both cats and dogs. We also love lots of other animal species you may include as part of your family. We care about animals, and we’re there for you and your pets.