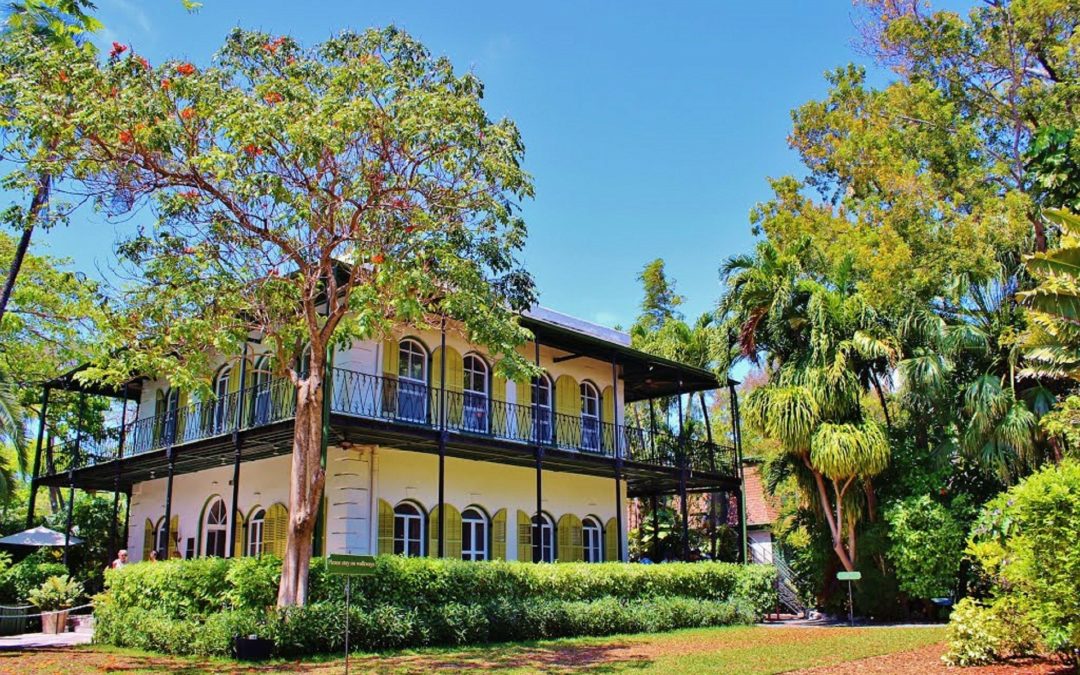 “A cat has absolute emotional honesty: human beings, for one reason or another, may hide their feelings, but a cat does not.”

We know him as the brilliant writer of such works as The Old Man and the Sea and For Whom the Bell Tolls. We may also know that he was married four times and had a bit of an alcohol addiction. But lesser-known, perhaps, is his complete infatuation with felines.

If you’ve had the opportunity to visit Ernest Hemmingway’s home in Key West, then you’ve certainly seen these curious creatures up close and personal. The guides at the house are enthusiastic to point out their polydactyl (six-toed) friends who they affectionately call Hemmingway cats.

The polydactyl gene is dominate and shared by all the cats at the Hemmingway home. However, only half of the 40-50 cats currently residing at the home have six toes. In polydactyl cats, the six-toes is most often expressed on the front paws rather than the back.

When Hemingway moved to Paris in 1921 with his first wife, Hadley, he was living on a scant writer’s income. Their apartment was sparsely furnished and didn’t even have running water. It wasn’t until returning after the birth of their first child in 1924 that he began to produce much of the work he is known for today.

“One cat just leads to another.”

After marrying his second wife, Pauline Pfeiffer, Hemingway and his new bride moved into a Spanish Colonial house on the Florida Island of Key West where they lived from 1931 to 1939. It was at this home that he wrote the novel Green Hills of Africa and the short story The Snows of Kilimanjaro, along with many other works.

As the story goes, one day, a sea captain brought Hemingway a six-toed cat as a gift which he named Snow White. On ships, six-toed cats were supposedly good luck and Hemingway considered them good luck as well. One thing led to another, and Hemingway soon found himself surrounded by dozens of cats. And at his house, the cats had full reign. Guests described kittens lounging in beds and teeming around the dining table.

While we don’t personally own as many cats as Mr. Hemingway did, our team at East Valley Animal Hospital likes to think we love them just as much. And we’re passionate about providing our four-legged patients with technologically-advanced care and compassionate hearts. If you’re looking for a local vet for your purr factory in Gilbert, Chandler or Mesa, give us a call today: 480-568-2462.